TripAdvisor’s Travelers’ Choice is awarded to the adventures and destinations ranked in the top 10% of attractions worldwide. We are humbled and honored to receive this award and continue offering our flight lessons to fun-seekers from around the world!

TripAdvisor has awarded us their “Certificate of Excellence” every year since its inception. In 2018 they put us in their Hall of Fame, and again in 2019. Then in 2020 they awarded us their highest award, their Traveler’s Choice Award which is presented to the World’s Top 10% of All Activities!

We fly an average of 320 days a year and are celebrating 18 years in operation….. all with a PERFECT SAFETY RECORD. (What all this means is….. we got yer back 🙂 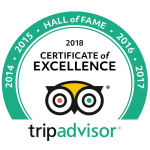 Why Choose Powered Hang Gliding over other activities?

The owners of Paradise Air are air addicts, we admit. Denise and Tom Sanders have a total of over 10,000 skydives and hundreds of BASE jumps, both fly traditional non powered hang gliders BUT when you are a beginner, powered hang gliding is by far the best bang for your buck and the most fun you can have in the sky above Oahu as well as the best way to see Paradise.

Having been in business since 2003, we’ve taken over 20,000 people on their first trike flights… all with a perfect safety record.

Denise has more hours flying trikes than any other female trike instructor in the world with over 7000 hours teaching in the sky! She also flies airplanes and gliders and is known to hurl herself from airplanes (skydiving) and off of buildings, cliffs and bridges whenever she can (BASE jumping).

Jeni’s flying certificates and ratings put more letters behind her last name than she has IN her first, middle and last name combined! In addition to dropping skydivers out of a Cessna Super Caravan two days a week, she instructs in airplanes and is a multi-engine as well as an IFR rated instructor here on the island. Jeni recently took up learning to skydive as well 🙂

Tom’s extensive skydiving stunt and aerial camera work for Hollywood, not to mention his decades of flying hang gliders, easily makes him one of the world’s most experienced “fly-guys” and top rated trike pilot. His impressive resume includes skydiving into the Olympics and skydiving with former President George HW Bush (twice!) He’s an Honorary Golden Knight and one of the most experienced trike instructors in the world having logged over 6000 hours teaching in the sky. In 2019 Tom was inducted into the International Skydiving Hall of Fame.

Come see for yourself why we are in Trip Advisor’s Hall of Fame and a recipient of their “Traveler’s Choice Award”. 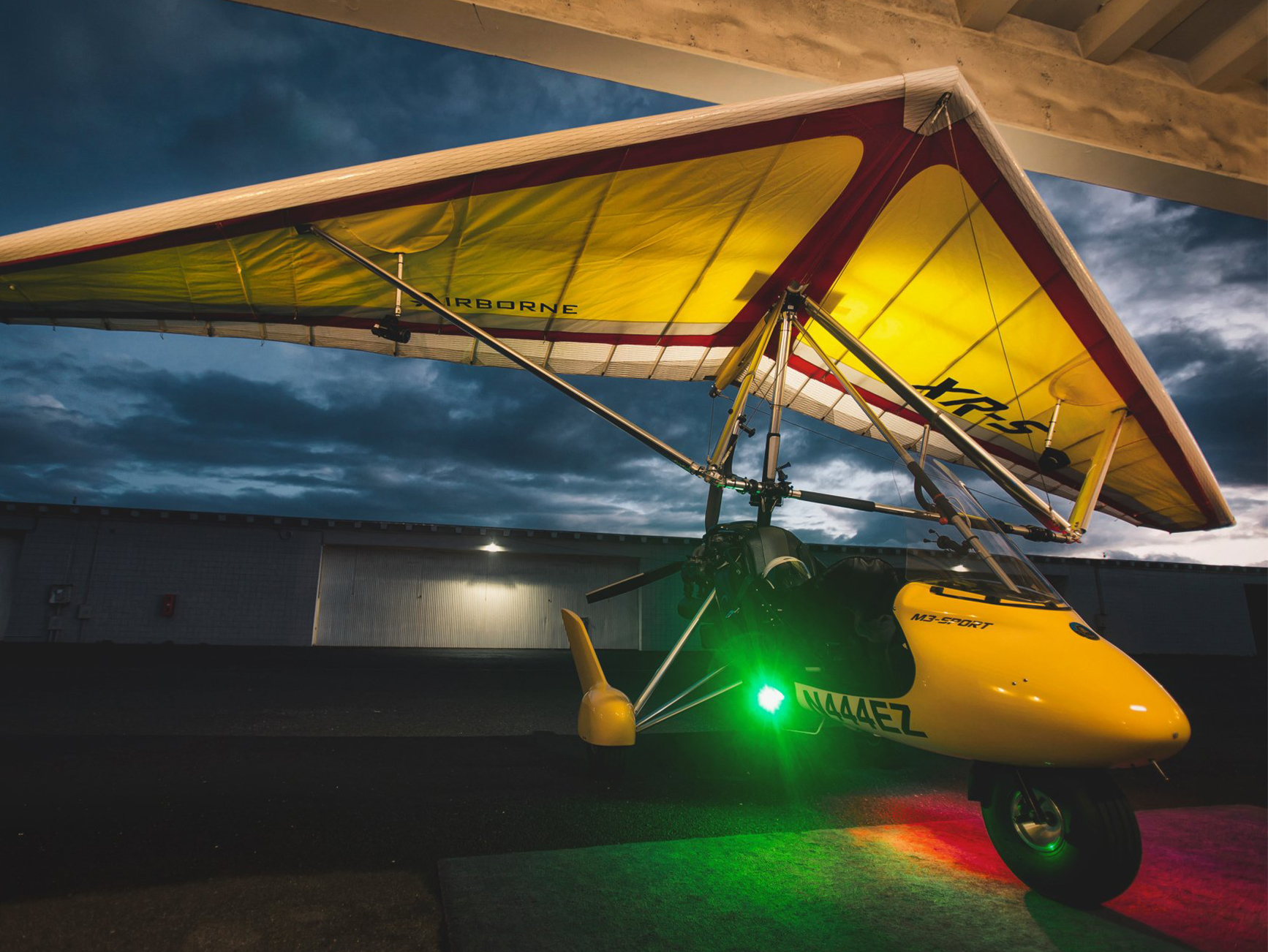 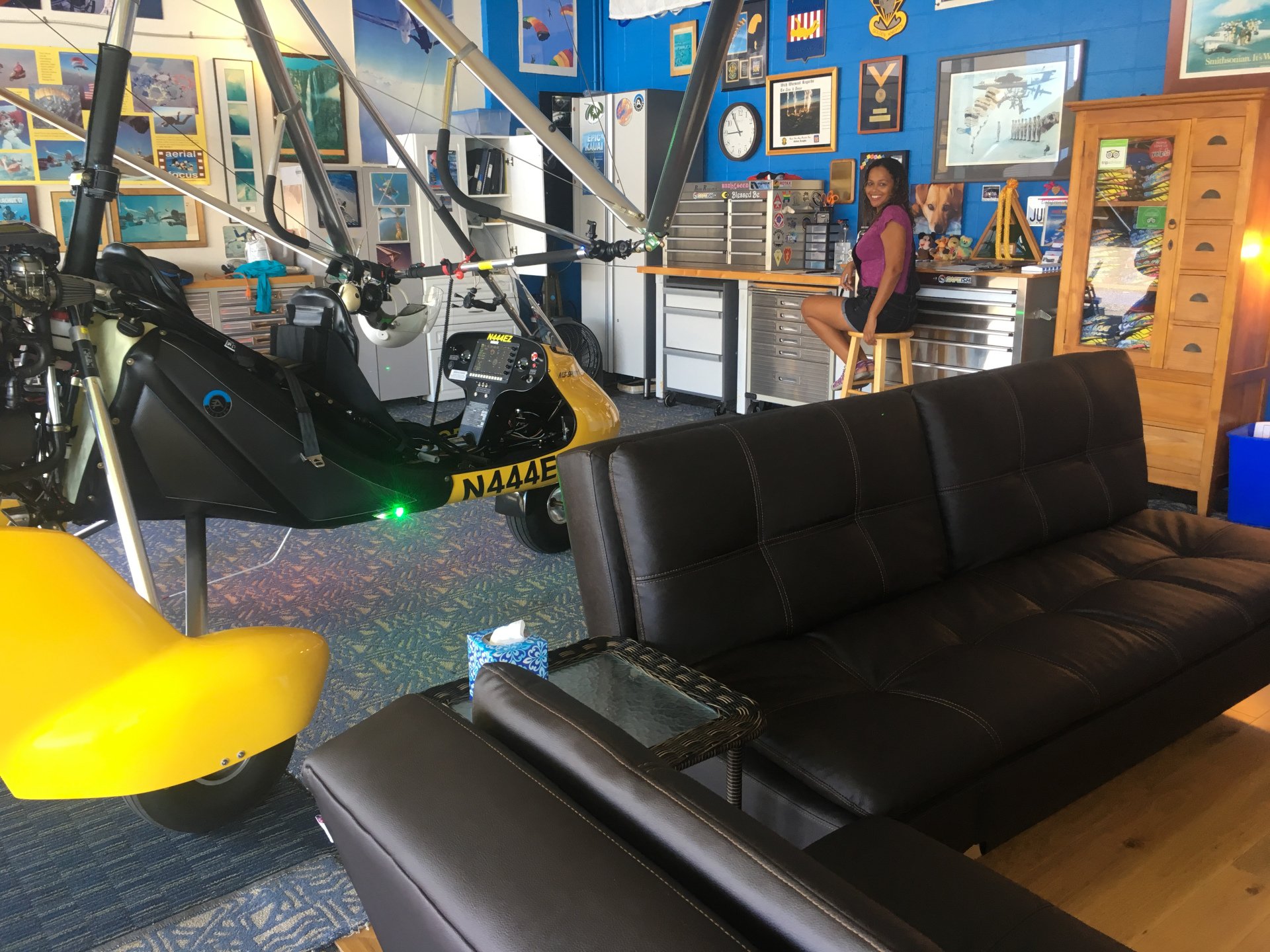 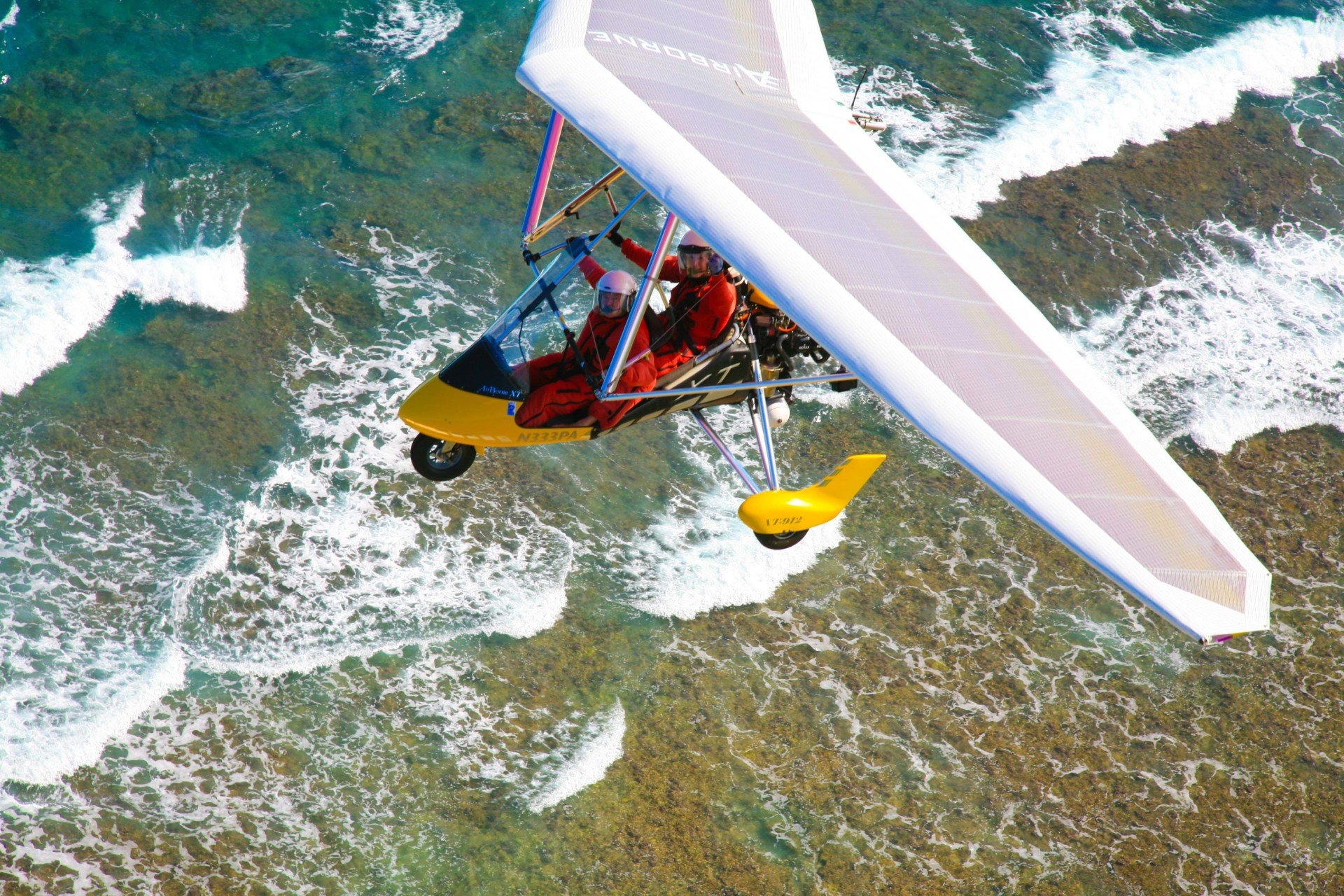 Experience a totally different kind of flying – powered hang gliding! Our flights are not only scenic and beautiful but also “hands-on”! Once aloft, we’ll show you the basics of trike flying over the North Shore’s beautiful landscape and let you try your hand at it.

Not Sure You're Ready?

Not sure you’re ready to take the helm? Don’t worry! There’s no pressure here. Some folks fly a little, some folks fly a lot, but almost everyone flies more than they think they will because these little birds are easy!

Wanna give it a try? Awesome!

Call us at 808-497-6033 to make your reservation. We fly 7 days a week. Mornings are best…. so good in fact that we start our flights daily at sunrise (best time!) and are in the air through about 11am each day. Flying in the mornings provides us Hawaii’s best flying conditions…. light winds, smooth air, and pretty lighting. (US Travelers, here’s a hint: plan us early in your trip and it won’t be so painful when the alarm clock goes off since you’ll still be on “Mainland Time”). 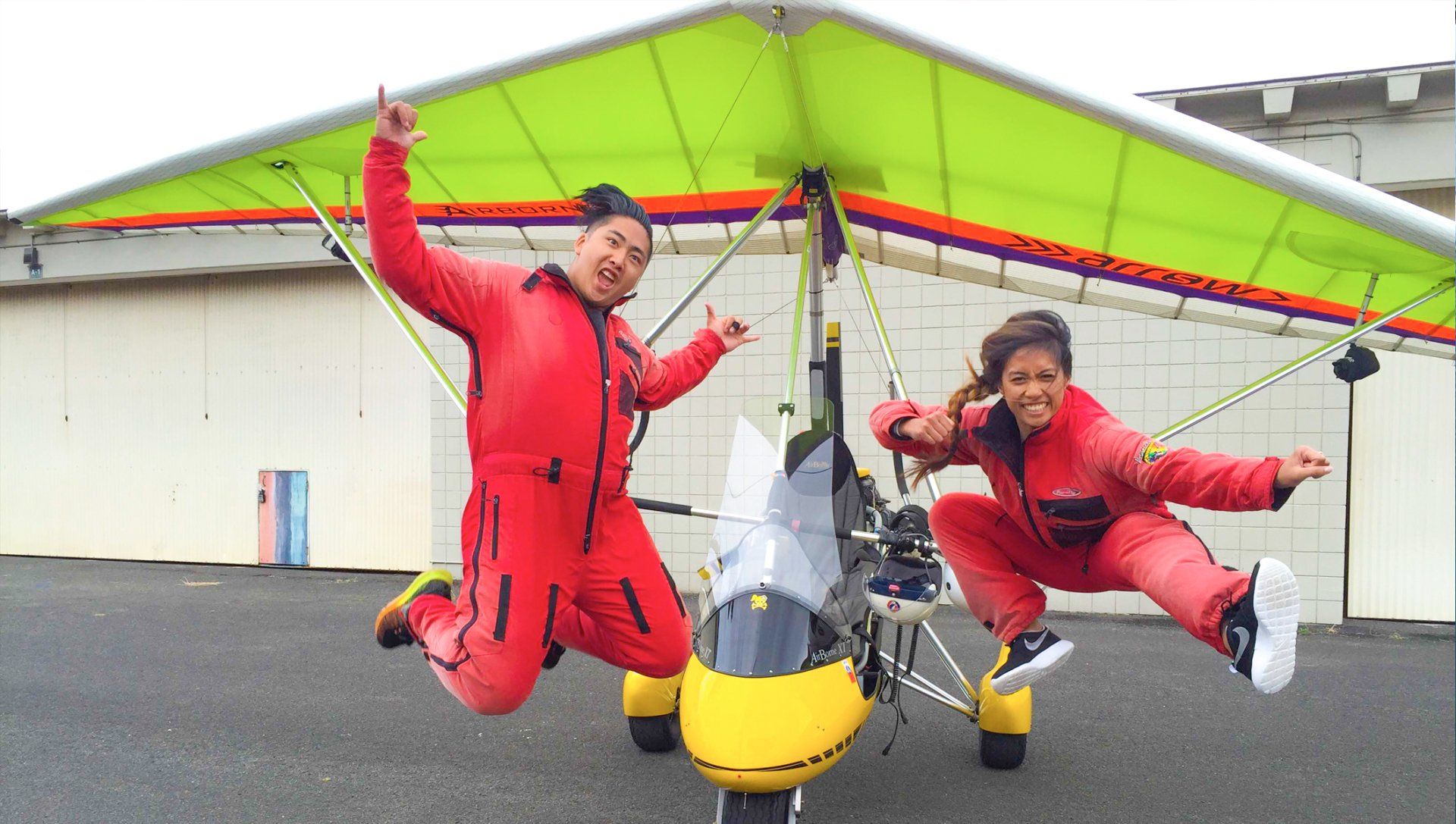 I have never reviewed an activity that generates a more enthusiastic response...

“This is the best company I have ever worked with. I’ll definitely choose them again, and highly recommend them.”

We’ve been doing this for a long time. Our aircraft maintenance not only meets but EXCEEDS the safety standards established by the FAA

Bring home jaw-dropping photos and/or a video keepsake of your flight with us! Serious social media bragging rights!

We're looking forward to meeting you! Check out our welcome pack to get a feel for what it's like to fly with us

We are OPEN! Stay up to date on our COVID-19 guidelines.